In a research report issued Friday, Wedbush analyst Steve Koenig reiterated a Neutral rating on Oracle (NYSE:ORCL) with a $38 price target, following the company’s analyst event, which was very focused on cloud business, starting with Mark Hurd’s metrics on ORCL’s SaaS business, to Safra Catz’s analogy that the cloud is Oracle’s “Y2K,” its chance to wrest the #1 applications position from SAP.

Koenig wrote, “We’ve heard enthusiastic commentary from Mr. Hurd about SaaS momentum for many quarters now, but we’ve been somewhat skeptical of ORCL’s claims about the cloud, as ORCL’s SaaS revenue line had not shown meaningful organic growth sequentially or Y/Y since the company began reporting SaaS revenue at the start of FY13. However, ORCL’s SaaS revenues have begun to grow organically over the last two quarters, and it now appears to us that ORCL is making progress. We’re not too concerned that ORCL will slow down upstart Workday as WDAY marches into ORCL’s and SAP’s legacy base. More positively, it appears to us that ORCL has a lead on #1 applications rival SAP in having a relatively complete and modern cloud applications suite and the ability to scale infrastructure, platform, and applications workloads effectively in the cloud.”

According to TipRanks.com, which measures analysts’ and bloggers’ success rate based on how their calls perform, analyst Steve Koenig has a total average return of 7.6% and a 53.6% success rate. Koenig is ranked #869 out of 3315 analysts. 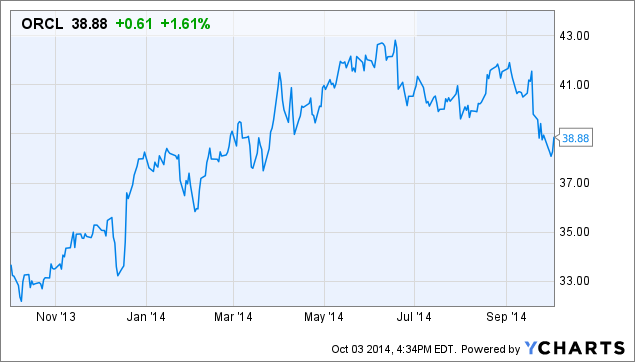