In a research note released today, Wedbush analyst Betsy Van Hees maintained an Outperform rating on Nvidia (NASDAQ:NVDA) with a $23 price target, following NVDA’s press release stating that the U.S. International Trade Commission (ITC) has voted in favor of opening an investigation into whether certain Samsung products should be blocked from entering the United States because these products infringe on GPU patents that are owned by NVDA. This decision is in response to patent infringement lawsuits that NVDA filed last month with the ITC and in the U.S. District Court in Delaware against both Samsung and Qualcomm (QCOM).

Van Hees noted, “While we continue to believe that this will likely take years to play out in the U.S. courts, we view the quick decision by the ITC as a very positive step. We maintain our belief that as the innovator of GPU technology, NVDA, will likely have the same success it had with Intel. Although NVDA didn’t identify past and future monetary damages in the lawsuits, leaving this up to the court to determine, we believe, given the size of markets addressed by Samsung and QCOM, that the royalty received from INTC ($66MM a qtr.) is a solid benchmark that the court can use if they find in favor of NVDA. With NVDA executing on all fronts, multiple tailwinds – (1) strong growth in Tegra and high performance GPUs (GeForce, Tesla, Quadro), (2) deployment of GRID, and (3) further operating leverage in the model, and this considerable opportunity to monetize IP, we view the recent pullback in the stock as an opportunity for investors to add to positions.”

According to TipRanks.com, which measures analysts’ and bloggers’ success rate based on how their calls perform, analyst Betsy Van Hees has a total average return of 18.4% and a 59.3% success rate. Hees has a 4.9% average return when recommending NVDA, and is ranked #150 out of 3334 analysts. 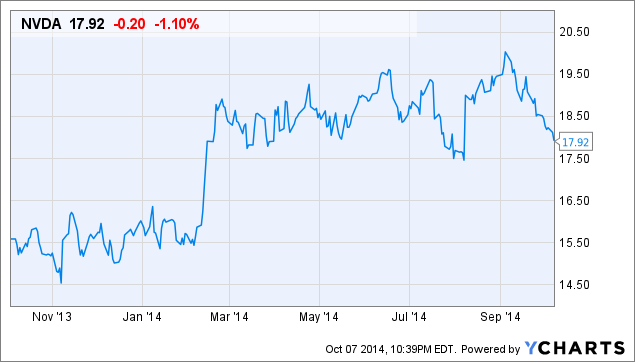