We Remain Constructive On NPSP Shares Ahead Of The Upcoming FDA AdCom, Says Janney

Lee noted, “we continue to anticipate a favorable panel outcome and a potential approval by the October 24 th PDUFA date. These expectations are based on what we view as clinically meaningful Phase III data, a low efficacy bar, and a favorable efficacy and safety profile for Natpara. Briefing documents will be released on September 10 th (two days prior to the AdCom meeting) and usually have a negative tone, but barring any unexpected negative data, we would be buyers on any weakness.”

According to TipRanks.com, which measures analysts’ and bloggers’ success rate based on how their calls perform, analyst Kimberly Lee has a total average return of 10.8% and a 68.8% success rate. Lee has a 7.0% average return when recommending NPSP, and is ranked #654 out of 3270 analysts. 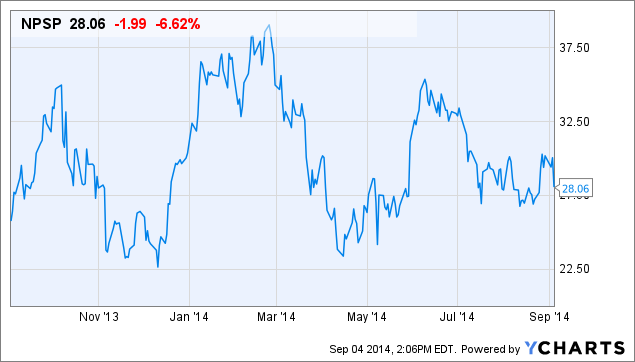