Powers wrote, “Although awaiting further details, we broadly welcome KO’s changes, and especially incentive metrics that account for different geographic operating models (as implied by KO’s release)—i.e., different metrics for emerging vs. developed markets, or for where KO operates as concentrate provider vs. bottler (e.g., N. America, Germany, India, China). At the enterprise level, as discussed in our “10 Ideas For Faster Change” (August 21), we’d like to see future incentive metrics that focus on revenue growth (vs. volume), margin/ROIC expansion, and FCF productivity, plus current metrics like EPS.”

The analyst continued, “Could KO’s compensation-related changes foreshadow a more aggressive stance on productivity—likely an important enabler of future refranchisement? Given increasing FX headwinds and deteriorating macros (exacerbated by rising investor pressure for KO to do more, faster), we agree that the odds of progress should be rising. And while KO’s messaging coming out of Q2 broadly focused on traditional priorities—e.g., increased brand investments, accelerated growth—KO’s CFO Kathy Waller has seemed to place more emphasis on productivity (and a sense of urgency) since early September. That said, all signs of potential progress thus far have been fully qualitative; we await more concrete/quantifiable evidence (Q3 results?) before becoming more constructive.”

According to TipRanks.com, which measures analysts’ and bloggers’ success rate based on how their calls perform, analyst Stephen Powers has a total average return of 3.3% and a 75.0% success rate. Powers is ranked #1755 out of 3315 analysts. 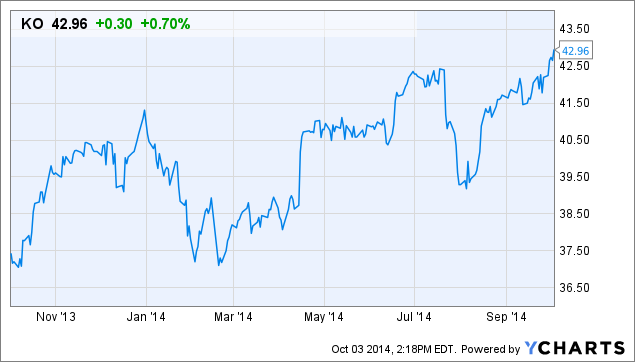