Smith wrote, “While our reduced 2015-2018 estimates are still well within management guidance, we believe that APCo’s West Virginia jurisdiction is likely to remain the most challenged, which is reflected in our assumption of 9%’s ROEs at APCo despite the recent WV rate filing requesting a 10.62% (WV currently earns in the 5s while VA’s latest TTM ROE was 10.8%). Beyond that, we see Ohio (wires only) coming down to the mid 12s post-ESP, while improvements in Kentucky (rate filing coming in 4Q) and PSO helps bring up the overall average utility ROE over time. Long-term guidance remains achievable.”

The analyst continued, “Given the recent decline in the forward power curve as well as the July 14th decision of AES to retain the DPL fleet, management described 2014 as a year of “milestones” rather than a year of decisions regarding its deliberative process for the disposition of its competitive Ohio generation assets, including PPA clarity in Ohio. The question remains if and how AEP would seek comparable recovery to FE for its coal portfolio (ESP amendment or subsequent filing following ESP decision to add plants to PPA rider). While we see support for the co-owned Conesville plant as particularly achievable, the question remains if it will seek support/PPA for addt’l plants.”

According to TipRanks.com, which measures analysts’ and bloggers’ success rate based on how their calls perform, analyst Julien Dumoulin Smith has a total average return of 4.6% and a 66.7% success rate. Smith is ranked #1611 out of 3250 analysts. 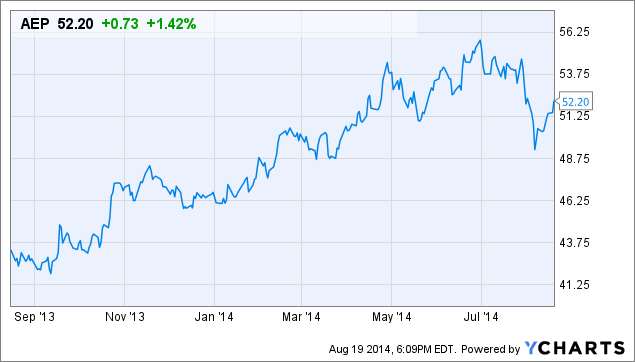 These 3 Market Giants Get a Thumbs-Up Ahead of Earnings