King noted, “We are lowering our estimates following a disappointing start to 1QFY15 and expectations for continued economic pressures. We expect sales growth to improve as new stores open, though same-store sales should remain challenging.” The analyst added, “We continue to recommend PriceSmart for its quality business model, strong management team, leading market position, and robust growth profile. While we expect comp pressure to continue near-term due to local currency devaluation, the company should soon begin to benefit from accelerating store and membership growth and subsiding new store cannibalization over the coming year. The company plans to open three new stores in entirely new markets within Colombia this fall, including Bogota on October 29, Pereira on November 13, and Medellin on November 26. PriceSmart also has a store planned for Panama in summer 2015.”

According to TipRanks.com, which measures analysts’ and bloggers’ success rate based on how their calls perform, analyst Dave King has a total average return of -3.1% and a 30.8% success rate. King has a -2.3% average return when recommending PSMT, and is ranked #2895 out of 3319 analysts. 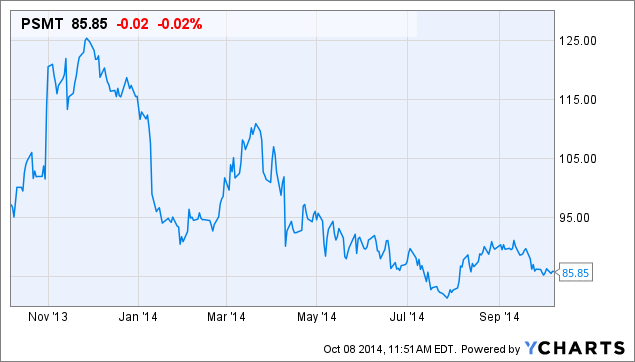