Brenner noted, “With two major new platforms being introduced over the next year, R&D and marketing outlays rising sharply, new partner brands being added, and existing brewer lines being phased out, quarterly comparisons going forward should be volatile. We believe that Coca-Cola’s participation in Keurig’s hot brewing system could be meaningful longer term as GMCR expands internationally, but should have little impact currently.” 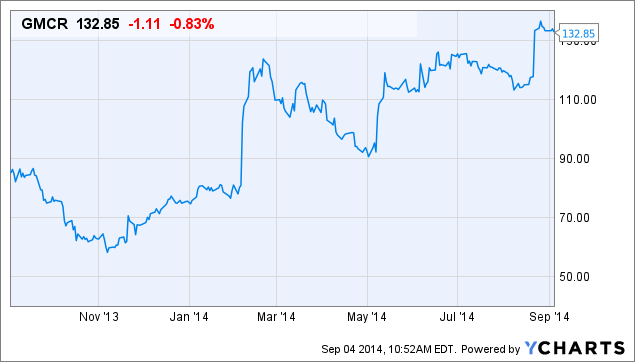