Lewis noted, “IRMD announced it has received a warning letter from the FDA relating to an April 2014 inspection that states a new 510(k) submission is required for the company’s IV infusion pump systems and requests the company immediately cease commercial distribution of its devices. We provide our initial thoughts below, and will update our model, price target, and valuation in the coming days as we gain more clarity on this regulatory matter.” 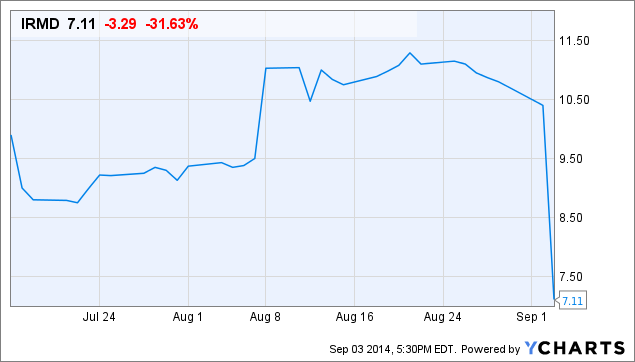