Reagor observed, “Despite the near-term issues at Kelly Farms and lower Q1 2015 production estimate we are maintaining a $19 price target as we believe SYRG’s move to larger pads will allow for increased drilling rates and lower overall capital cost per well. We are also maintaining a Buy rating as we believe SYRG has significant growth potential in the coming quarters.”

According to TipRanks.com, which measures analysts’ and bloggers’ success rate based on how their calls perform, analyst Joe Reagor has a total average return of -6.1% and a 19.2% success rate. Reagor is ranked #3082 out of 3314 analysts. 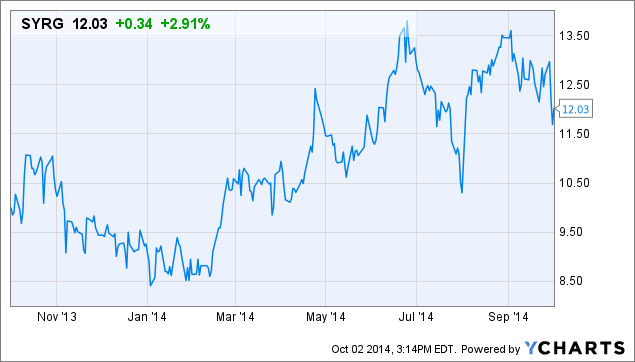