Lewis noted, “While we are not overly surprised the ruling was in MASI’s favor, the verdict’s monetary magnitude is significantly larger than we had anticipated. With relatively little to lose at this point, Philips will likely exhaust all appeal possibilities before paying, which could likely drag on for multiple years.” 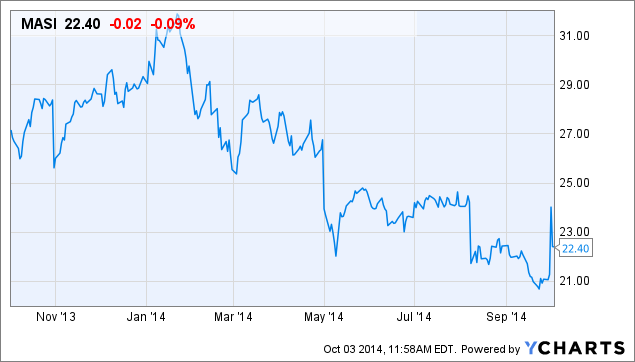