Reagor noted, “On August 22, 2014, PZG filed its updated PEA on the San Miguel project in Mexico. Initial capital was reduced to only $69 million, but this excludes mill construction costs of $145 million, which will not be spent until after commercial production is declared for the heap leach operation. The PEA estimates a pre-tax NPV of $473 million, which we view as robust given a reduction in commodity price assumptions and the inclusion of new Mexican taxes on mining. However, the most significant change compared to the previous PEA was the inclusion of a heap-leach operation to process lower grade resources. We have adjusted our model to be in line with the revised mine plan for San Miguel. We believe that PZG remains an potential takeout candidate.” 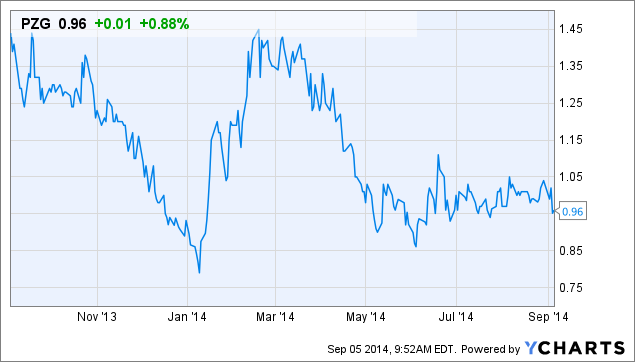