Oppenheimer Maintains Outperform On Medtronic On The Back Of Financial Plans

In a research note issued today to investors, Oppenheimer analyst Steven Lichtman maintained an Outperform rating on Medtronic (NYSE:MDT) with a $73 price target, as the company reaffirmed its commitment to the COV acquisition, indicating that it will raise $16B of debt to satisfy the cash component of the deal in place of OUS cash that has been blocked by the Treasury’s regulations on intercompany loans.

Lichtman noted, “With the new debt cost being somewhat offset by increased investment income, a 2 pt improvement to tax rate (1 pt previously) and a more accelerated cost synergy timeline versus our previous estimate, we still look for 2-3% accretion to cash EPS in FY16 (vs. 4% previously). MDT also confirmed our assumption that it continues to expect its available US FCF to shift from 30-35% pre-deal to 60%+ post, providing more US cash flexibility.” 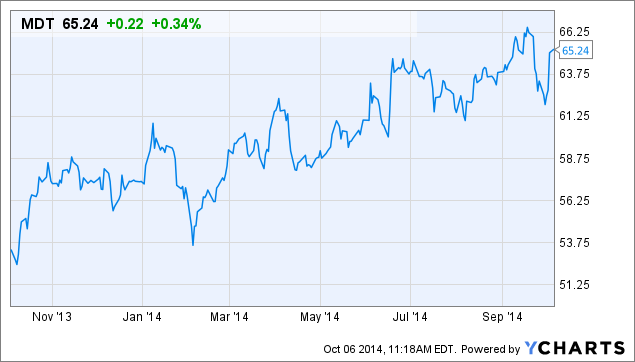