In a research report released Friday, analyst Andrew Fein of H.C. Wainwright maintained a Buy rating on Neptune Technologies & Bioressources (NASDAQ:NEPT) with a $9 price target, as the company’s subsidiary Acasti reported earlier this week, a win in primary and secondary endpoints of the Phase 2 TRIFECTA study of its prescription-grade krill omega-3 pill, CaPre, in hypertriglyceridemia.

Fein wrote, “TRIFECTA study win bodes well for long-term value, though resumed in-house production and sale of nutraceuticals may unlock near-term value.” The analyst continued, “We continue to believe that CaPre is an active pharmaceutical, at least similar to and potentially better than fish-derived prescription omega-3s (such as Lovaza, Vascepa, and Epanova). In that regard, we believe that pending Phase 3 work aimed at biomarkers Acasti should be able to secure an approval in severe hypertriglyceridemia (TG>500 mg/dl), where it would then need to run a gauntlet between already-marketed brand and generic competitors.”

According to TipRanks.com, which measures analysts’ and bloggers’ success rate based on how their calls perform, analyst Andrew Fein has a total average return of 6.8% and a 43.8% success rate. Fein has a -26.8% average return when recommending NEPT, and is ranked #928 out of 3315 analysts. 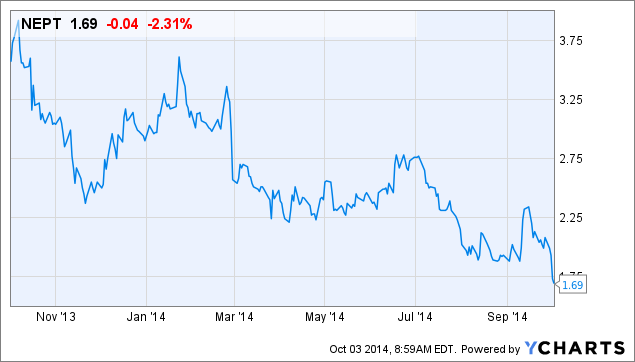