In a research report published today, Maxim Group analyst Jason Kolbert maintained a Buy rating on Inovio Pharmaceuticals (NASDAQ:INO) with a price target of $18, as the company announced initiation of a phase I trial of its novel DNA immunotherapy platform (SynCon) in patients at high risk of relapse of breast, lung and pancreatic cancers.

Kolbert noted: “The platform has been modified to target hTERT (INO-1400), an enzyme overexpressed in 85% of human cancers and believed to be a key player in cancer cells being immortal; dividing and living indefinitely.”

The analyst continued, “Inovio continues to build out its oncology franchise using the SynCon, Cellectra platform. The platform allows Inovio to swap out pieces (‘plug and play’) of DNA to target specific disease antigens.” 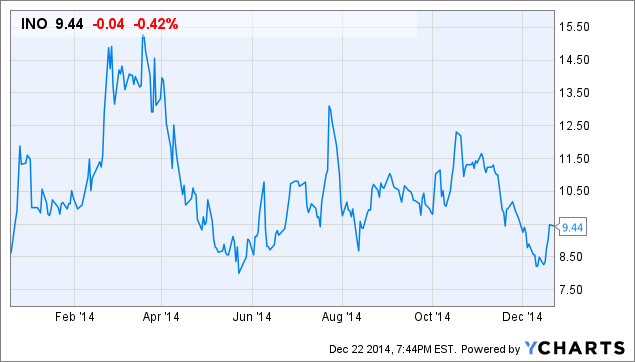