In a research note published today, Maxim Group analyst Jason Kolbert assigned a Buy rating on Keryx Biopharmaceuticals (NASDAQ:KERX) with a $26 price target, as the company announced the issuance of an additional patent on ferric citrate, its approved drug for the control of hyperphosphatemia.

Kolbert observed, “The new patent adds protection covering the oral route of administration and eliminates the ceiling on the dissolution rate. These new claims make it more difficult for a potential competitor to copy the drug or design around the patents. The issuance strengthens the patent portfolio and provides additional protection to 2024. Keryx also is discussing the potential of a five-year extension (2029). The patent estate now includes multiple claims (dissolution rate, surface area) and other elements that represent the unique properties that give the drug its efficacy. We believe that these patent claims distinguish it from other phosphate binders and even a generic ferric citrate.”

The analyst added, “the FDA Substance Registration System adopted the name “tetraferric tricitrate decahydrate” as the name of the active ingredient approved for marketing. This new and different name is exclusively for Keryx’s proprietary form of ferric citrate, contrasting it from other products. We believe that the totality of these developments further refute bearish arguments that Keryx’s ferric citrate is not proprietary, providing broad product protection.” 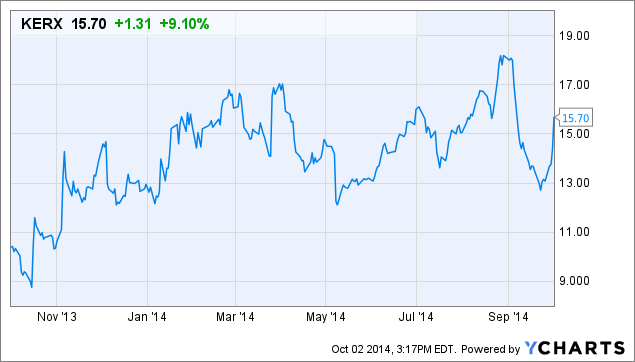