In a report published yesterday, Wedbush analyst Kurt Frederick maintained a Hold rating on Jamba, Inc. (NASDAQ:JMBA) and raised the price target to $15 (from $12). The report follows the company’s promotional efforts, which started to pick-up and additionally premium juices continued to gain traction.

Frederick wrote: “Given growing competition, offset by positive mix shift from premium juice rollout, strong franchise store pipeline and anticipated profitability improvement over the next 18 months from transition to asset-light model, we believe shares of JMBA should trade relatively in line with the peer group average. Thus, using a 2015E P/E multiple of 18x (from 14x), we generate our price target of $15” 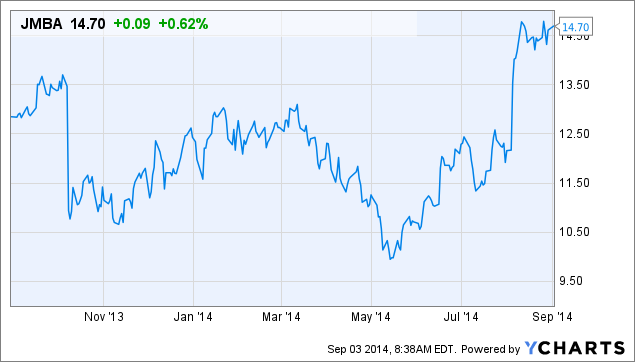