In a research note released Tuesday, H.C. Wainwright analyst Heiko Ihle reiterated a Buy rating on Paramount Gold and Silver (NYSE: PZG) and cut the price target from $2.30 to $1.70, following the company’s release of its update Preliminary Economic Assessment for its San Miguel Project.

Ihle wrote, “Notably, the updated PEA now incorporates a heap leach scenario, in addition to a conventional milling operation. Although we previously believed a small-scale heap leach scenario was possible, we did not include this processing option in our model. Given the results of the PEA, we are now updating our model to reflect the inclusion of a heap leach facility for lower grade ore. Further, we update our model to account for a longer than anticipated timeline of reaching production at the Sleeper project, leading to a lower NAV and a lower price target.”

The analyst added, “Given continued focus on San Miguel, we are moving our initial production estimate for the Sleeper project from 2017 to 2019. Although we believe the value of Sleeper may eventually be realized, we think the focus at present time remains on San Miguel. We believe the results set forth in the PEA should make San Miguel more attractive to a potential joint-venture partner, ultimately providing the firm access to the capital required to bring the asset into production.”

According to TipRanks.com, which measures analysts’ and bloggers’ success rate based on how their calls perform, analyst Heiko Ihle has a total average return of -9.7% and a 0% success rate. Ihle is ranked #2811 out of 3263 analysts. 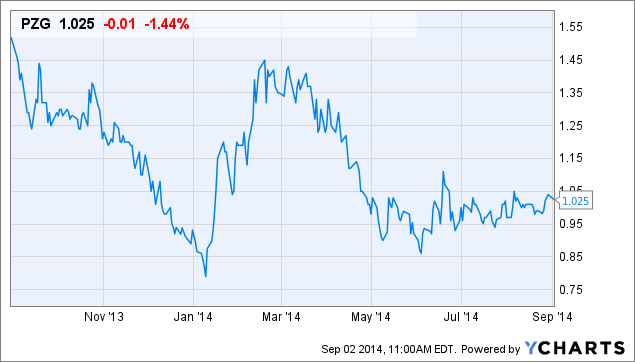