Baker noted, “We recently met with management and continue to view TJX as a top retail holding. Our positive investment themes include a flexible business model that enables consistent share gains in against varied economic backdrops, an improving competitive dynamic versus department stores, and favorable growth initiatives both within the core business as well as outside Marmaxx. This leads to above average EPS growth longer term.”

The analyst continued, “It is true that after several years of strong traffic gains, traffic has been less of a driver over the past year. Some of this could be due to weak consumer spending on apparel, which is up just 1.7% YTD, the weakest increase in three years. Some could be due to increased competition and some was certainly due to poor weather trends in 4Q and 1Q. But Marmaxx continues to take share. And, we believe the worst of the comp trends for TJX and ROST are behind us. This is impart due to our own analysis which shows that lower department store inventories should benefit off price comps and gross margins ahead.”

According to TipRanks.com, which measures analysts’ and bloggers’ success rate based on how their calls perform, analyst Michael Baker has a total average return of -0.4% and a 50% success rate. Baker is ranked #2338 out of 3330 analysts. 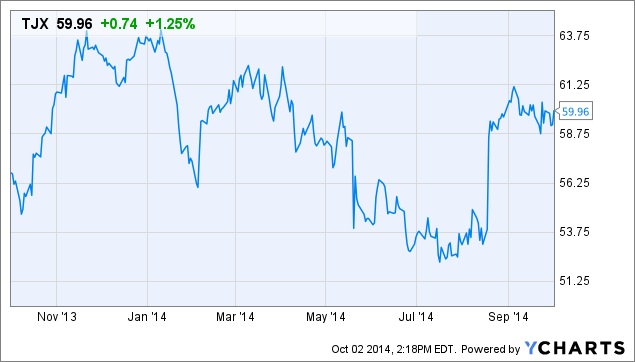