In a research report issued Friday, Canaccord Genuity analyst John Newman reiterated a Buy rating on Jazz Pharmaceuticals (NASDAQ:JAZZ) with a $163 price target, as Flamel (NASDAQ:FLML) management stated the company earlier this year that it would eventually file its sodium oxybate formulation via the 505(b)(2) paragraph IV pathway, which would reference Jazz’s Xyrem NDA and certify against Jazz’s orange book listed patents.

Newman wrote, “Flamel’s strategy for its version of Xyrem is to file a 505(b)(2) paragraph IV, which would trigger a lawsuit from Jazz and a 30-month stay. The only way for Flamel to avoid litigation would be to file a full NDA, not referencing any of Jazz’s prior data, which does not seem to be its strategy. Given Jazz’s patents, we expect strong protection vs Flamel.” The analyst continued, “Jazz has already started a Phase 1 PK/PD/safety trial for JZP-386, with data expected by YE14. Flamel’s formulation won’t start registration trials until YE15, giving JAZZ a significant head start in time to drug launch and commercialization. Flamel’s once-nightly sodium oxybate seems attractive vs the 2x nightly formulation of Xyrem, but JZP-386 is also a once-nightly formulation.” 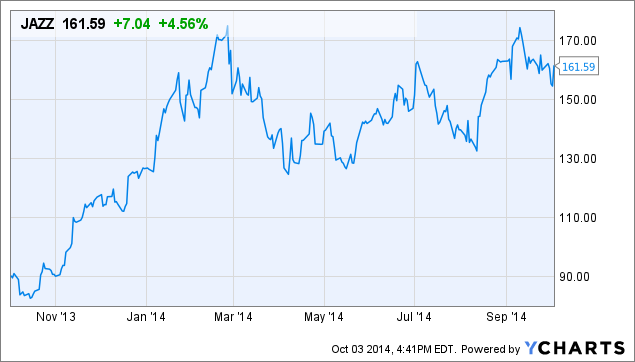