In a research report published today, Brean Capital analyst Jonathan Aschoff reaffirmed a Sell rating on Rockwell Medical (NASDAQ:RMTI) with a $4.00 price target, which represents a potential downside of 62% from where the stock is currently trading.

Aschoff wrote, “As far as we are concerned, Rockwell’s hemodialysis concentrate product line is a low margin commodity business, not a pharmaceutical business deserving anything close to a pharmaceutical valuation. Bard, Gambro, Jiangxi Sanxin Medtec and Shandong Weigao also sell hemodialysis concentrates. We hardly see the rationale of sharing its lifeline’s economics that generates steady gross margins, while retaining the rights to Calcitriol and Triferic, two drugs from which we do not project any meaningful upside. We believe that the FDA will reject Triferic by its January 24, 2015 PDUFA date, serving as our key next Sell thesis catalyst. Rockwell entered into an exclusive commercialization agreement with Baxter to distribute Rockwell’s hemodialysis concentrates and ancillary products in the US and in select foreign markets. Rockwell will retain commercialization rights for these products in certain foreign markets in which it has an established commercial presence. The agreement starts immediately with an initial term of 10 years, and Baxter can extend the agreement for two additional 5-year terms when meeting certain sales targets. Rockwell will receive $20 million in upfront cash payment and Baxter will invest in $15 million of Rockwell’s stock at $11.39, and could pay Rockwell milestone payments totaling $10 million tied to manufacturing expansion in the US and a single milestone of $7.5 million tied to the first 5-year term expansion of the agreement. Under the agreement, Baxter will purchase hemodialysis concentrates and ancillary products from Rockwell at a pre-determined gross margin-based price per unit.” 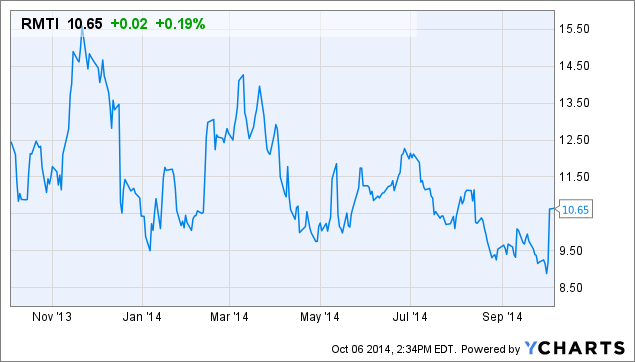