In a research note published today, Brean Capital analyst Jonathan Aschoff reiterated a Buy rating on Keryx Biopharmaceuticals (NASDAQ:KERX) with a $26 price target, as the company announced yesterday that the U.S. Patent and Trademark Office has issued U.S. Patent No. 8,846,976. The new patent expires in 2024 and covers the high intrinsic dissolution rate of at least 1.88/mg/cm2/min for ferric citrate, and it adds to Keryx’s existing patent family of 6 other patents expiring in 2024 and one patent expiring in 2028, before potential PTE could be applied to any one of them.

Aschoff noted, “With such protection going far beyond the 5 years afforded by NCE status, we are far more interested in the PTE outcome than the NCE outcome. Even without PTE, we note that the bulk of the patent estate expires in 2024, which also happens to be the year in which orals drugs could potentially be added to the dialysis reimbursement bundle, and thus the year that premium pricing starts working against Keryx rather than working for Keryx as we expect it will for the next 10 years.” 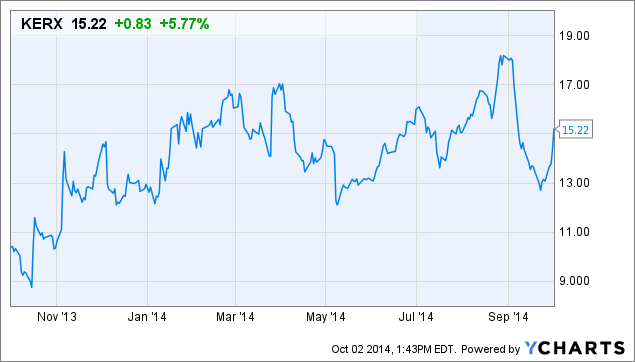