In a research report issued today, Roth Capital analyst Debjit Chattopadhyay maintained a Buy rating on Alcobra (NASDAQ:ADHD) with a $40 price target. The report comes in light of the recent pull-back that was driven by speculation of negative phase 3 data.

Chattopadhyay wrote, “Potentially flawed comparisons between metadoxine (which positively impacts cognitive function) with its structural analog pyridoxine (which has no impact on cognitive function) has been highlighted as a potential driver of phase 3 failure. Despite the negative sentiment on the phase 3 outcome, we expect MDX to deliver a clinically meaningful benefit in the ADHD-PI subgroup, but not the ADHD-C subgroup.” 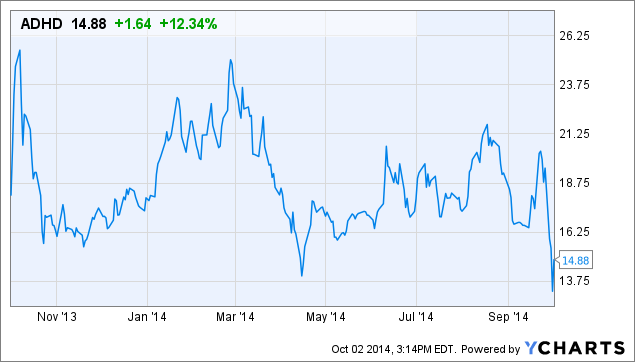