2015 Will Be A Difficult Year For LNDC But It Remains Attractive, Says Roth Capital

In a research report issued today, Roth Capital analyst Anton Brenner reiterated a Buy rating on Landec (NASDAQ:LNDC) with a $18 price target, ahead of the company’s Q1 results, which will be released after the market close on October 7th.

Brenner noted, “F2015 will be a difficult year for LNDC, with EPS expected to be about flat with prior-year results. Rapid growth of Apio’s high-margin line of vegetable salad kits is being offset by higher labor and marketing expenses as well as a short-term decline in sales to a major Lifecore customer and a projected smaller increase in contribution from the Windset Farms investment. We believe Landec remains attractive on the basis of a projected ~40% increase in income in F2016.” 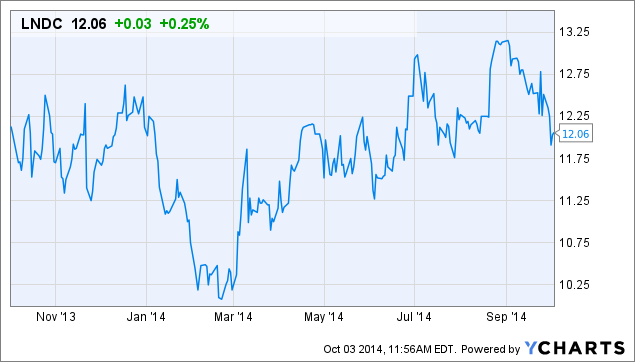