The biotech company’s lead product Argus II Retinal Prosthesis Systems vaulted to historically high implants during the fourth quarter. Compared to the third quarter of 2017, where the company had bet on 20, Argus II completed 30 implants by the fourth quarter. For 2017, the total number of implants soared to 75.

Moreover, EYES revealed the first human implant of the Orion Cortical Visual Prosthesis System- an exciting milestone for the company, and part of its feasibility clinical trial.

Read more: This Biotech Stock Portfolio Has Tripled the IBB Since Inception »

The bull had been playing it safe, betting on a conservative 18 Argus II implants in the span of the same period.

In reaction, the analyst reiterates a Buy rating on EYES stock with a $5 price target, which implies a 116% upside from where the shares last closed. (To watch Dayal’s track record, click here)

In terms of year-over-year growth for Argus II implants, the analyst commends robust momentum, noting the product reached 329% on a quarterly gains basis and 79% on an annual basis. For a company that had posted 14 implants in the first quarter of 2017, 19 by the second quarter, and 12 by the third quarter, Dayal sees reason to be confident in EYES’ corporate execution.

Bottom line, “The 30 Argus II implants represent the most implants completed during a quarter by the company […] We believe that this represents the continued success of the company’s CoE model for Argus II. In addition, the company’s successful first-in-human implant of the Orion system represents an important milestone for the company. This implant is part of a two center (UCLA and the Baylor College of Medicine in Houston) five patient study in the United States. As a reminder to investors, the company had announced during the November 2, 2017, call, that it had received approval to begin a ten patient three center study in Germany to implant and evaluate the Argus II in better sighted retinitis pigmentosa (RP) patients. We believe the company’s execution is coming through on all fronts and the company is 12-15 months away from being able to address a substantially broader market,” Dayal contends. 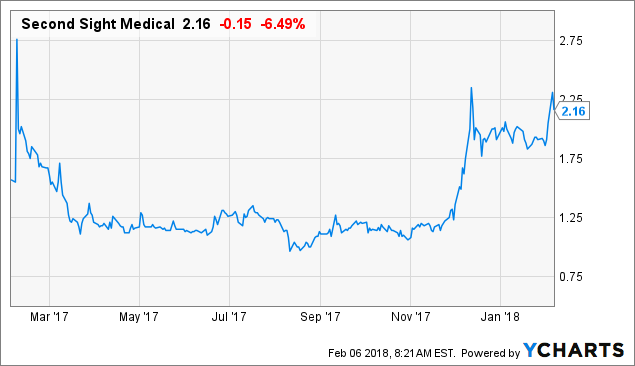