Roth Capital's Yasmeen Rahimi is left bewildered, having banked on the success of OHRP's wet-AMD asset, but holds out hope to become more positive on the stock down the line.

What the hell happened that sent OHR Pharmaceutical Inc (NASDAQ:OHRP) on a sharp 81% nosedive on Friday? The results are in for the drug maker’s ongoing clinical MAKO trial, which evaluated both efficacy and safety of Squalamine in combination with monthly Lucentis injections for treatment-naïve patients suffering from the wet form of age-related macular degeneration (wet-AMD): negative. OHRP’s MAKO study failed to meet its primary efficacy endpoint, the ultimate bad news for biotech investors who were left sorely disappointed.

Roth Capital analyst Yasmeen Rahimi sees fit on back of these unsatisfying results to leave the bullish camp, downgrading from a Buy to a Neutral rating on OHRP stock in the aftermath of topline data that massively fell short of expectations. Notably, though the analyst slashes his price target from $7 to $0.40, this nonetheless still implies a 6% upside from where the shares last closed. (To watch Rahimi’s track record, click here)

Though Rahimi recognizes “the next months are likely to present a significant challenge for the team,” he adds that on a positive note, “we are optimistic on solid execution.”

In the MAKO trial, as it turns out, the Lucentis mono therapy outperformed the squalamine combo, with OHRP’s Phase 3 trial failing to meet the mean visual acuity gain at nine months. For Rahimi, the “good part of the data was clean safety,” as he explains: “There were no differences in the safety profile between the two treatment groups.”

The analyst looks forward for this now embattled biotech player, asking the key question of “What’s next?” For now, all that the OHRP team can do is brainstorm “plans to evaluate strategic alternatives to maximize shareholder value.”

Ultimately, “Given that our investment thesis rested primarily on the success of squalamine, we are puzzled by the completely negative result. Trials either fail due to drug’s lack of efficacy, alarming safety, or poor trial design. In our eyes, MAKO’s failure was due to lack of efficacy. Unfortunately, we see no major data readouts or meaningful value inflection points within our 12-month investment horizon, and thereby we downgrade to Neutral. That being said, in the meantime, we will continue to watch development closely, and actively search for advancements that may allow us to become more constructive,” Rahimi concludes, losing his bullish confidence, but even in his downgrade, maintaining some optimism all the same.

TipRanks shows that in the last 12 months, one bull is left standing for the time being in the bullish camp on OHRP stock, with Corey Davis of Seaport Global rating a Buy on the biotech stock with a $10 price target, marking a nearly 2553% upside from current levels. 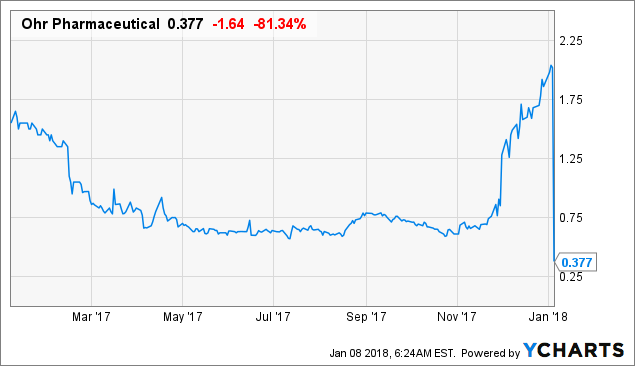