In a research note released Tuesday, Maxim analyst Jason McCarthy reiterated a Buy rating on shares of Mast Therapeutics Inc (NYSEMKT:MSTX), with a $5.00 price target, after the small biotech company provided a second-quarter update and outlined its ambitious clinical development strategy for its pipeline.

As all eyes on the upcoming pivotal data for vepoloxamer, a product candidate for sickle cell disease, McCarthy has a positive bias for a favorable outcome given the clinical history (prior P3) and design of the current pivotal trial. If approved, vepoloxamer would be only the second drug ever approved for sickle cell and the only drug approved to directly treat pain crisis, the most common manifestation of the disease.

The company began 3Q with $35M in cash and cash equivalents, which McCarthy believes it provides sufficient cash runway into 2017 and through the next major inflection point, with pivotal data in sickle cell coming this September.

As of this writing, all the 5 analysts polled by TipRanks rate Mast Therapeutics stock a Buy. With a return potential of 681%, the stock’s consensus target price stands at $2.75. 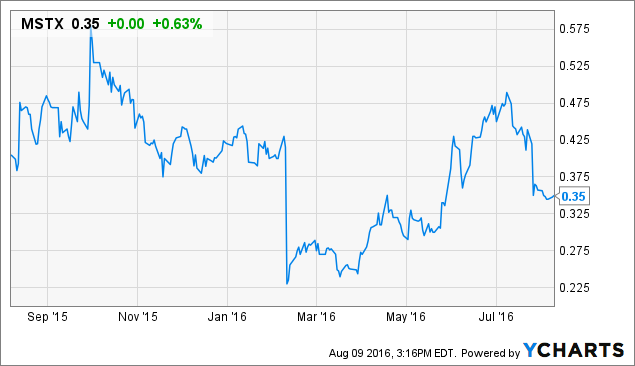