Shares of AEterna Zentaris Inc. (USA) (NASDAQ:AEZS) jumped over 20% today, after the drug maker announced the completion of the clinical phase of its pivotal Phase 3 clinical study of Zoptrex in endometrial cancer (EC), which was conducted under a Special Protocol Assessment with the FDA. The clinical endpoint of the study was the occurrence of the 384th death, which was achieved.

In reaction, Maxim analyst Jason Kolbert reiterated a Buy rating on AEZS, with a price target of $10.00, which represents a potential upside of 216% from where the stock is currently trading.”

“The study is powered to 80% to detect a significant difference in overall survival (OS) vs. standard doxorubicin. According to the company, AEterna should be able to report top line results in April of 2017. If the data are positive (we think they will be), an NDA could be filed shortly after the data is released,” Kolbert noted. “In our view, this suggests a positive skew on the outcome.”

As of this writing, all the 3 analysts polled in the past 12 months rate Aeterna Zentaris stock a Buy. With a return potential of 158%, the stock’s consensus target price stands at $8.17. 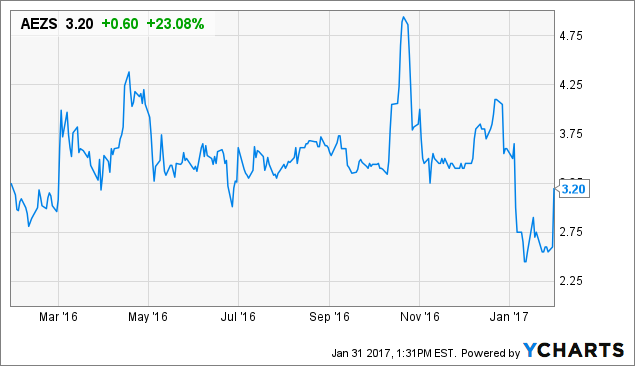