In its second full quarter on the market, MACK is adding 20 new institutions per week. They now have a total of 800, a major increase from 550 at the end of the first quarter. While the growth has been impressive, management has noted that “post gem pancreatic cancer is a complex market that will take time to develop.” The company has proceeded to refine targeted accounts, make smart additions to its field team and specify an education message in order to “optimize its commercial efforts.”

In other news regarding Onivyde, the Committee for Medicinal products for Human Use, CHMP, recently released a positive opinion for the drug in post gem metastatic pancreatic cancer. Ulz expects the European Medicines Agency, EMA, to give full approval for the drug.

There are several potential catalysts that Ulz believes could push up the stock. Data from the Phase 2 study of Onivyde and oxaliplatin in front-line pancreatic cancer are expected in 2017. Additionally, MM-302 is performing well in a Phase 2 HERMIONE study for breast cancer. Data for MM-302 is expected in 2017. Lastly, data is due in 2018 for MM-121, which is being tested in a registration-enabling study in non-small cell cancer.

TipRanks shows that out of the 4 analysts who rated MACK in the last 3 months, 50% gave a Buy rating and 50% gave a Hold rating. The average 12-month price target for the stock is $9.67, marking a 75% upside from current levels. 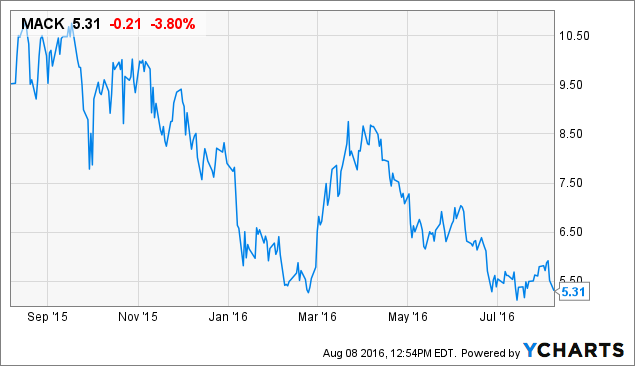