Canaccord analyst John Newman was out pounding the table on shares of Palatin Technologies, Inc.(NYSEMKT:PTN), reiterating a Buy rating an price target of $6.00.

Newman wrote, “PTN expects to file an NDA for Rekynda (bremelanotide) in 1Q18 for hypoactive sexual desire disorder (HSDD), and expects approval in 1Q19. PTN is intending to enter the EU market under the condition of partnerships, which we view as an appropriate approach to market entry given the firm’s resources and intention to focus on pipeline development. We continue to expect positive open label extension data, manufacturing, and commercialization preparation (latter to be undertaken by AMAG). In addition, the U.S. Patent and Trademark Office (USPTO) has issued a note of allowance on a patent for Rekynda, with a term to November 2033. We view as a positive and important step to ensure PTN’s competitive edge in the market.”

As usual, we recommend taking analyst notes with a grain of salt. According to TipRanks.com, which measures analysts’ and bloggers’ success rate based on how their calls perform, analyst John Newman has a yearly average return of -7.6% and a 35% success rate. Newman has a -26.5% average return when recommending PTN, and is ranked #4490 out of 4572 analysts. 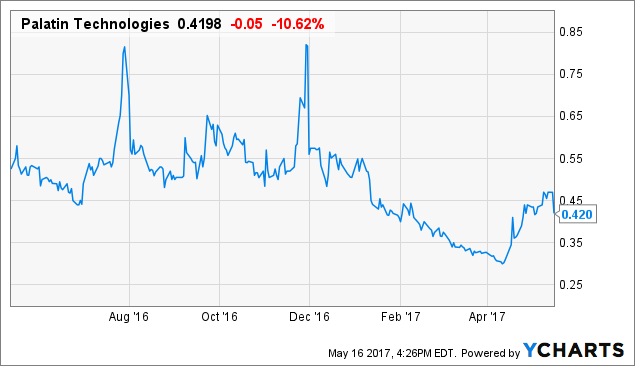