Credit Suisse Dives In on Gilead Sciences, Inc. (GILD) as Relationship with Express Scripts in HCV Is Potentially Improving

Analyst Alethia Young from Credit Suisse gave her thoughts on Gilead Sciences, Inc. (NASDAQ:GILD) and its place in HCV. The analyst thinks that Express Scripts, the largest pharmacy benefit management organization in the United States, and Gilead’s relationship in HCV has room to improve. The analyst spoke with Express Scripts and it seems that Express “is leaving the category open and that this is a change in position relative to prior years.”

Recently, Express’ preferred drug was Viekira and they restricted access to Gilead’s Harvoni. In Express’s 2017 release, it left HCV category open “by saying the category was being reviewed based on current product launches.” Negotiations between Gilead and Express are currently going on and the analyst expects to see more clarity on the companies’ relationship by the end of the year.

“We asked Gilead, but it is not commenting on anything around the negotiations. ESRX has 85-90M in total covered lives (~33% of lives), while 25M are on the national preferred formulary,” Young noted.

Young maintained an Outperform rating on Gilead with a price target of $115, marking a 44.5% increase from current levels. 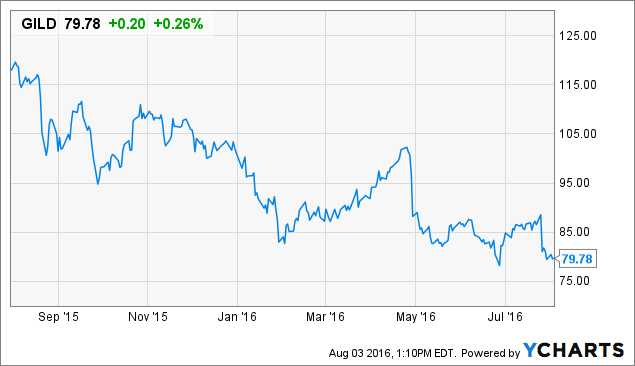