Raymond James analyst Elliot Wilbur commented, “Although the sheer size of the naloxone market is not substantial, it continues to grow rapidly in tandem with opioid overdose prevention measures. It would be unreasonable to assume the market for naloxone agents could increase some 50%- 75% prior to an ADMP approval creating a potential significant new growth avenue for the company. We believe a Naloxone agent in a simple easy to use presentation such as Symject could conservatively present a $50-75M commercial opportunity.”

“While the impact of this product may not be significant, there still exists a market opportunity due to the demand, changing policies and government push to combat the epidemic, which involves efforts to expand the availability of rescue treatments. Adamis’ strategy to expand their technology platform into other drug classes may present as a viable vehicle for revenue growth, especially if concentrated on target markets such as the naloxone market owing to its current growth potential, and the national urgency to get the opioid epidemic under control,” the analyst added.

As such, Wilbur reiterates an Outperform rating on Adamis shares with a price target of $7.00, which implies an upside of 48% from current levels. (To watch Wilbur’s track record, click here)

Aside from this rating, ADMP has only received two other analyst ratings in the last three months: Maxim analyst Jason Kolbert and B.Riley FBR Andrew D’silva both rate ADMP a Buy, while holding price targets of $14 and $9.50, respectively. With a return potential of 107%, the stock’s consensus target price stands at $9.83. 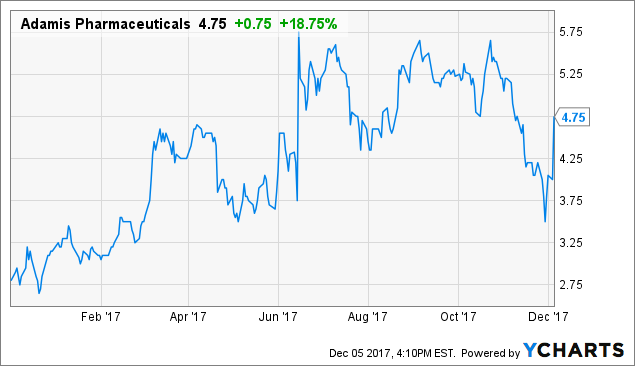