On Saturday morning, pre-orders for Apple Inc’s (NASDAQ:AAPL) new iPhone 6S and 6S Plus began, with shipping expected to start on September 25th.

Daniel Ives of FBR Capital says the initial demand looks very promising. As per information on Apple’s website and various tech blogs, the estimated wait times seem quite long, which is a positive indication. Ives said, “The wait time of iPhone 6s Plus in China is already running three to four weeks, and two to three weeks for the 6s. The U.S. and U.K. also looked strong on initial pre-order data, showing wait times of roughly three to four weeks for the 6s Plus with shorter wait times for the 6s depending on the model/carrier.” He added that demand in China looks very strong, and that’s a very positive signal given the negative macroeconomic environment in the country.

As per Ives, pre-orders for iPhone 6/6 Plus, the models launched in 2014, stood at four million orders, excluding China. The previous iPhones were made available in China only a month after they were launched in other major markets. Given the strong pre-sales data from China, Apple is likely to cross this number – a strong indicator of initial demand for the new models. The company is also expecting to do better than the first weekend sales seen last year, which stood at 10 million units.

Trudy Muller, spokeswoman for Apple, said, “Customer response to iPhone 6S and iPhone 6S Plus has been extremely positive and preorders this weekend were very strong around the world.”

During the last quarter of 2014, the company sold a record 74.5 million iPhones, after an overwhelming response to its big-screen smartphones. The new models, iPhone 6S and 6S Plus, are similarly-sized as the previous year’s models. However, according to the company, the new models have a better camera, processor, body and some other additional features. The company has also added a new color – rose gold – to the iPhone.

Ives continued to maintain an “Outperform” rating on Apple, though he did not provide any price target.

On average, Ives has a 46% success rate recommending stocks and a +4.1% average return per recommendation when measured over a one-year horizon and no benchmark.

Out of 36 analysts polled by TipRanks who have rated Apple within the past three months, 27 are bullish, 8 are neutral, and 1 is bearish. The average 12-month price target for Apple is $145, marking a 25.75% potential upside from current levels. 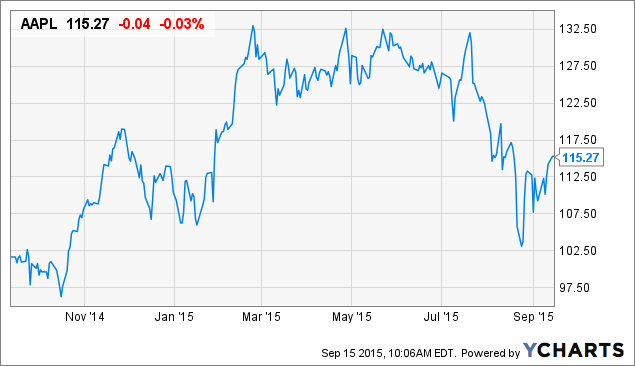