In a research report issued yesterday, Gigamon Inc. (GIMO) was downgraded by analyst Jason Ader at William Blair from Outperform to Market Perform following a second consecutive quarterly preannouncement after the markets closed on Tuesday, July 8.

Ader commented: “Our downgrade rationale is based on a lack of confidence in Gigamon management’s ability to predict the business combined with our increased concern that growth challenges in the visibility fabric market and competitive pressures may have led to the recent misses. While we hate to downgrade the stock following such a miss, we note that material cuts to our Gigamon numbers and uncertainty on future growth and profitability make valuation alone a poor reason to stick with the story”.

According to TipRanks.com, which measures analysts and bloggers success rate based on how their calls perform, analyst Jason Ader currently has an average return of 14.7% and a 56% success rate. Davis is ranked #402 out of 3182 analysts. 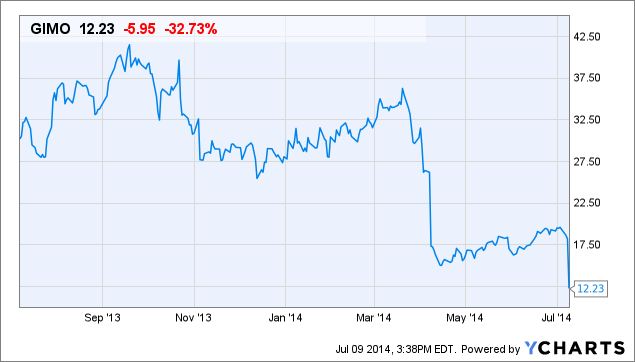 Can Apple Become an Advertising Giant? Analyst Weighs In