UBS Upgrades Bank Of America To Buy, Increases PT To $20

In a research report issued today, UBS analyst Brennan Hawken upgraded shares of Bank of America (NYSE:BAC) from a Hold to a Buy rating and raised his price target to $20 (from $16.80), which represents a 19% upside from where the stock is currently trading.

Hawken wrote, “We are upgrading BofA to Buy, as we believe that BofA is well positioned moving forward given its leverage to rising rates, more stable funding base, non-environmental earnings drivers, and capacity to expand its return of capital to shareholders. Specifically, we believe BofA’s more stable and sticky funding base enhances its leverage to rising rates, particularly to a move in the short end of the curve. We analyzed BofA’s deposit base, with its higher proportion of core deposits and estimate they have a lower deposit beta than other money centers. So we expect that BofA will actually be under less pressure to pass on rate increases to deposit holders resulting in.”

The analyst continued, “We also believe BofA’s greater proportion of deposits from retail instead of wholesale sources should put it in a better position for the potential newly proposed capital buffer based on wholesale funding. When the Fed implements this additional capital surcharge we believe the most disadvantaged firms are likely to be those running closest to their prior regulatory minimums and returning the largest portion of their earnings to shareholders already. Therefore, we actually view this new buffer as a more of a potential issue for JPM and GS shares.”

According to TipRanks.com, which measures analysts’ and bloggers’ success rate based on how their calls perform, analyst Brennan Hawken has a total average return of 7.7% and a 56% success rate. Hawken is ranked #880 out of 3314 analysts. 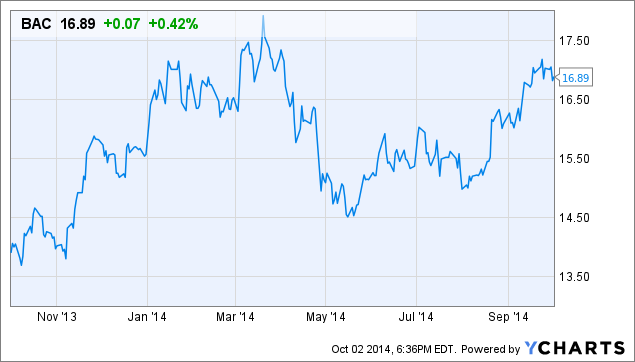