In a research note released this morning, Roth Capital analyst Scott Henry downgraded shares of BioDelivery Sciences (NASDAQ:BDSI) from a Buy rating to a Neutral with a $20 price target, following the recent share price run-up and ahead of the Bunavail launch.

Henry has three main reasons for downgrading the company to a Hold; the first, “Very few drug launches occur without flaws. It is even harder for companies launching a drug for the first time (such as BDSI). We note positive signs for BDSI, including heavy wholesaler orders. However, in our opinion, most the time investors get a second opportunity to invest in drug launches.” The analyst continued, “Buprenorphine remains a strong pain asset that is partnered with ENDP. However, we expect that a filing is already in the share price, and the next material catalyst of an approval decision remains a late 2015 event. Clonidine gel phase 3 data is earlier, but still a late 1Q15 event.” Henry’s third reason, “The hook to Bunavail is lower constipation, and time will tell how much that alters market share. However, the opioid market has also recently been hit with another new product launch (Zubsolv), and it may be harder to find patient switches the second time around. Our first year target of ~$30M in revenues appears doable/conservative given the Zubsolv RX figures.” 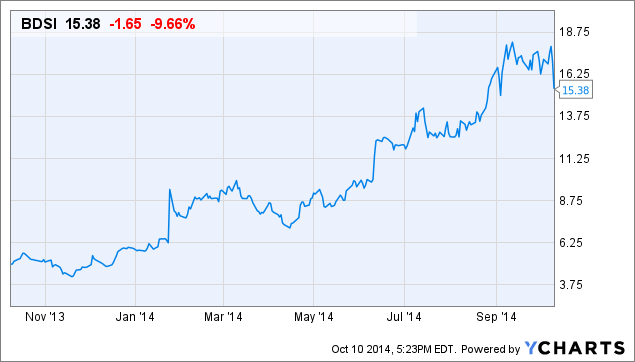