In a research report issued today, Piper Jaffray analyst Joshua Schimmer reiterated a Neutral rating on Pharmacyclics, Inc. (NASDAQ:PCYC) with a price target of $184.00, reflecting a potential downside of 27.8% from last closing price. This comes after AbbVie Inc (NYSE:ABBV) announced an agreement to acquire PCYC for $218 billion.

Schimmer admits that he sees the “strategic value” in the acquisition, because “ABBV [will be] able to steer development of [its] assets in a way to optimize their positioning and prevent others from leveraging Imbruvica in various competitive combinations to crowd out ABT-199.” However, Schimmer continued to note that the price of the acquisition, “relative to ABBV’s current ~$100B market cap makes one wonder why it felt a need to pay so much.”

He concluded, “The ABBV offer may finally support our view that a Neutral rating on PCYC is appropriate (unless a higher bidder emerges, of course).” 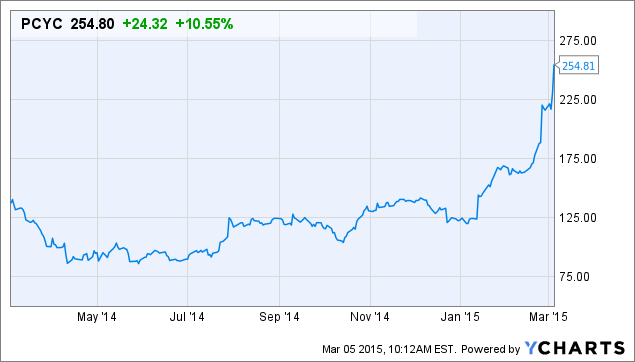