Pier 1 Imports: Best To Wait On The Sidelines, Says Oppenheimer

In a research report published Wednesday, Oppenheimer analyst Brian Nagel downgraded shares of Pier 1 Imports (NYSE:PIR) from Outperform to Perform, following Tuesday night’s announcement from the company that fourth-quarter results will fall short of plan. No price target was provided.

Nagel noted, “It is now clear that our call that the “worst was over” for PIR was premature. PIR has pushed aggressively to build an online business. PIR to an extent has proven a victim of its success. It might be some time before the company’s expense infrastructure is adequate to support rapid online growth. We view now ex-CFO Cary Turner as the “fall guy” for the recent mishaps at PIR and very much respect him as a key architect of the substantial turnaround that began several years ago.”

The analyst added, “The “customer-facing” operation of PIR is operating well. Back-end expenses will prove an issue for the chain for some time, likely persisting through 2015. A low double-digit multiple suggests the shares could settle in the mid-/low teens.” 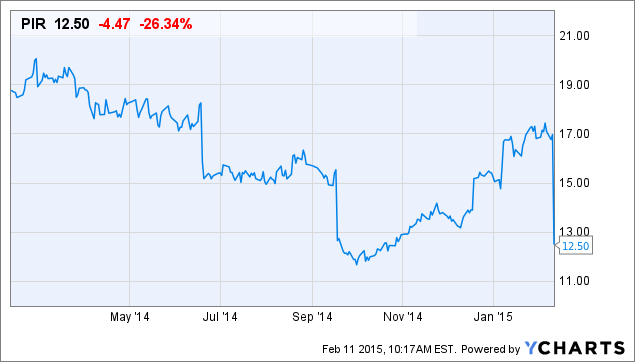 Argus Maintains Buy On Pier 1 Ahead Of 2Q14 Earnings Report