In a research report released today, Oppenheimer analyst Andrew Uerkwitz upgraded shares of GoPro Inc (NASDAQ:GPRO) from Underperform to Market Perform, after taking an in-depth look at the wearable camera maker and reviewing its growth potential. No price target was provided.

Uerkwitz wrote, “We view our long-term negative bias on GoPro intact and stronger than ever. We continue to believe the market opportunity for its cameras remains limited and replacement cycle will be long. Changes in our near-term thesis is based on continued shipment growth in FY15 and potentially FY16, as GoPro penetrate new markets, for the first time. GoPro is not yet a global brand, we believe deeper penetration in EMEA (mostly Western Europe) and initial entrance in East Asia can deliver Y/Y growth for the company in 2015. Without notable near-term headwinds in sight, we believe a upgrade to Perform rating is warranted.”

The analyst concluded, “In the long-term, we believe the addressable market for GoPro’s cameras is limited, if not shrinking under competition (drones). And improving smartphone camera capability will seal general consumer market from GoPro’s reach. We believe GoPro’s lack on product expertise will prevent the company from delivering long-term growth.” 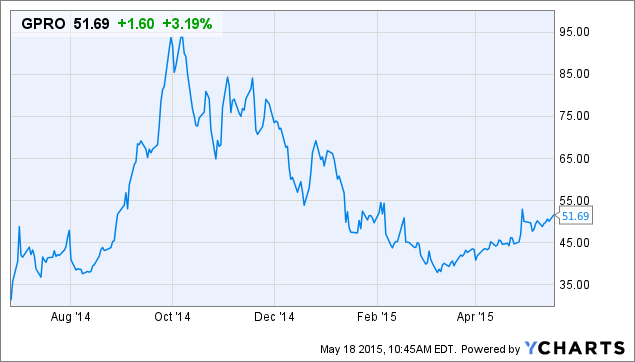