In a research report issued today, Oppenheimer analyst Bernard Colson downgraded shares of BreitBurn Energy Partners L.P. (NASDAQ:BBEP) to Underperform rating, given the pending borrowing base redetermination (which may leave it overdrawn) and potential second lien financing, equity issuance, or both. While the current distribution is probably sustainable through 2015, it is back at risk next year, according to the analyst.

Colson reasoned his downgrade, noting, “While production spiked (QRE acquisition), LOE was higher and coverage was still weak at less than 1x. While we are not concerned about the distribution in 2015 (at $55 oil), the period between now and 2016 is pivotal as coverage is expected to deteriorate further in 2016 assuming $60 oil (we assume another 50% distribution cut in 2016). In addition, leverage is a problem (we believe additional equity is still needed) and BBEP may find itself overdrawn after its redetermination in April, necessitating expensive second lien financing.” 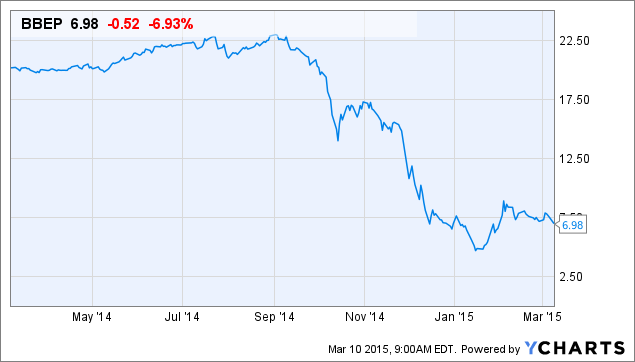