Kolbert noted, “The capital raise news was announced on December 2, 2014 and we have not heard of any progress since then. We view management being radio silent as a bad sign. We conclude that the target raise of ~$50 million may be beyond the reach of this company without highly discounted terms. As such there may be downside from current levels. Our concern is the time that has passed with no news and the quality of terms.”

The analyst concluded, “We like the fundamental science and technology but we are concerned that the near-term risk as a result of the announced financing could result in a substantially lower stock price. As such, we feel compelled to lower our rating to hold and suspend our price target until we have more clarity on the outcome, at which time we can revisit the fundamentals.”

According to TipRanks.com, which measures analysts’ and bloggers’ success rate based on how their calls perform, analyst Jason Kolbert has a total average return of 3.9% and a 41.7% success rate. Kolbert is ranked #883 out of 3420 analysts. 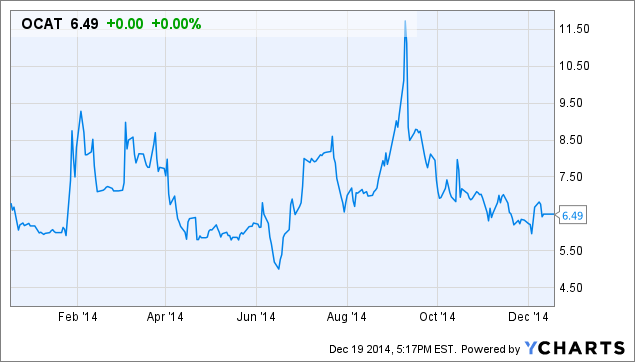