In a research report issued today, IntelliPharmaCeutics International Inc. (IPCI) was downgraded by analyst Jason Kolbert at Maxim Group from Buy to Hold. The analyst also lowered his price target on shares of Intellipharmaceutics to $7.00 (from $3.00), following Q2:14 earning results which were substantially below and expenses greater than his expectations. The miss also raises bigger concerns for his revenue assumptions on Focalin and other generic XR formulations going forward.

Kolbert noted, “Given the disappointment in the quarter, which was likely driven by lackluster Focalin XR revenues, and near zero visibility on the timing of the next generic (XR) as well as the rising competition for abuse deterrent (AD) technology we find it difficult to justify our assumptions, which now appeart to be too optimistic. As such we are lowering our rating to Hold”. The analyst continued, “We are also concerned that IPCI’s Abuse Deterrent Technology is no longer differentiated in the competitive landscape versus Teva pharmaceuticals and Teva is better positioned. The result is our out-year thesis is at even higher risk”.

According to TipRanks.com, which measures analysts and bloggers success rate based on how their calls perform, analyst Jason Kolbert currently has an average return of 9.9% and a 58% success rate. Kolbert has a -24.7% average return when recommending IPCI, and is ranked #382 out of 3182 analysts. 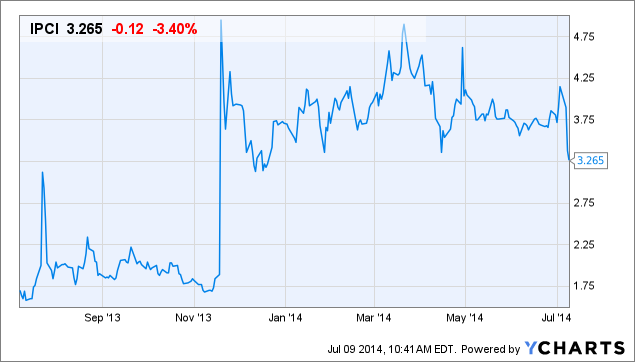