Igi Laboratories: Great Company But Much Of This Potential May Already Be Priced In, Says Roth Capital

In a research report issued this morning, Roth Capital analyst Scott Henry downgraded shares of Igi Laboratories (NYSE:IG) from Buy to Neutral and reduced his price target to $10 (from $11), following the company’s third-quarter results.

Henry commented: “IGI Labs reported 3Q14 results that we believe were fundamentally in-line. Further, the company looks poised for an EPS breakout in 2015. That said, the shares are up ~5-fold this year, and we will choose the sidelines pending execution into the next growth phases of the company.” The analyst added, “Despite major advancements over the past six months, we are reducing our rating to Neutral given the higher share price, and now higher expectations. We believe that an appropriate multiple given the current execution hurdles is ~25x our 2016 EPS forecast of $0.40. This motivates our $10/share price target.” 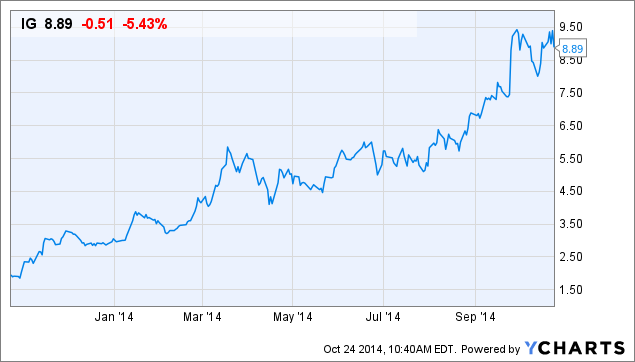