Idexx Upgraded To Buy At Canaccord Following Release of Catalyst One

Canaccord Genuity analyst Mark Massaro yesterday upgraded shares of Idexx Laboratories (IDXX) from Hold to Buy and raised his target price to $148 (from $116) following the release of the Catalyst One Chemistry Analyzer.

Massaro said, “We believe the rollout of catalyst one in Q4/14 will enable Idexx to capture share in the lower- volume vet market and accelerate 2015 revenue growth to 9%. We believe Idxx can achieve double digit organic revenue growth by 2016 driven by increased penetration and conversion to Catalyst Dx, increased cross- selling in the US from its revamped sales force, and significant global expansion”.

Massaro also noted that he believes IDEXX is at or near the top of our coverage list in terms of the quality and depth of the management team, consistency in operating results, consistency and upward trajectory in organic revenue and earnings growth, balanced growth across business segments, balanced growth both in the United States (58% of revs) and outside the United States (42% of revs), and growth trajectory in the out years, which he believes will accelerate both within the US (upgrade customers, modest share gains, new product revs) and OUS (increase in vets adopting real-time diagnostic care in developing countries and rising middle class in emerging countries). He believes global expansion in the EU, Brazil and Asia represent major long-term growth drivers, as countries outside the US begin to approach levels of sophistication practiced by US vets.

According to TipRanks, which measures analysts and bloggers success rate based on how their calls perform, analyst Mark Massaro currently has an average return of +10.6% and a 100% success rate. He is ranked #2258 out of 3126 analysts. 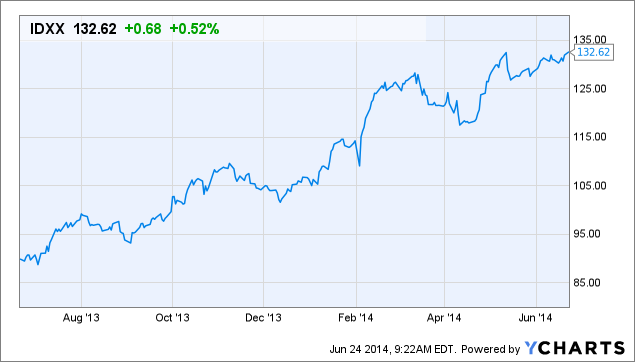 2 “Strong Buy” Penny Stocks That Could Rally Over 100%