In a research report issued on today, Cowen analyst Boris Peaker downgraded shares of Keryx Biopharmaceuticals (NASDAQ:KERX) from an Outperfrom to a Market Perform rating, while dropping his $18 price target. The downgrade comes in response to recent feedback from physicians and disappointing Auryxia scripts. Keryx shares are trading down 2.94% to $9.26 as of 10 p.m. EDT.

Peaker wrote, “We recently spoke to 3 nephrologists on Auryxia and none of these docs noted reimbursement as a gating issue. Each doctor gave different reasons for why they and their colleagues have not written many scripts for Auryxia. Some believed iron based binders caused GI issues, while others did not believe that Auryxia was able to deliver enough iron.”

“Our conclusion is that reimbursement is not the gating factor for Auryxia adoption, and the lack of physician enthusiasm appears to be due to low unmet medical need in phosphate control and the docs’ comfort with existing agents like Renvela, Phoslo and Fosrenol. As such, while we are confident in management’s future success in expanding reimbursement, we don’t anticipate that to translate to an inflection in script growth.”, the analyst added.

Out of the 10 analysts polled by TipRanks, 8 rate Keryx Biopharmaceuticals stock a Buy, 1 rates the stock a Hold and 1 recommends to Sell. With a return potential of 132.5%, the stock’s consensus target price stands at $21. 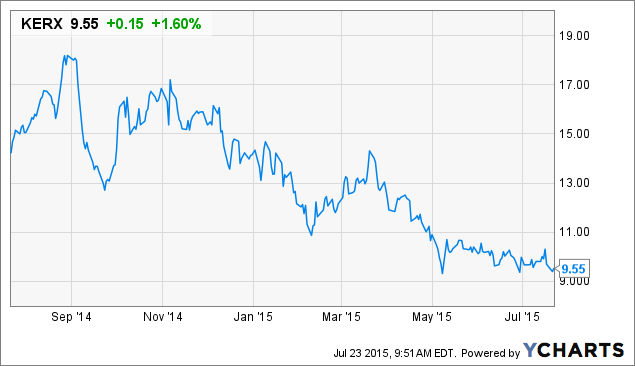