In a research note published today, H.C. Wainwright analyst Swayampakula Ramakanth downgraded shares of Aeterna Zentaris (NASDAQ:AEZS) to a Neutral rating, following the company’s announcement that it has received a complete response letter (CRL) for its New Drug Application for Macrilen from the US Food and Drug Administration (FDA) this morning. No price target was provided.

Ramakanth wrote, “We expect management to provide additional details regarding the next steps for Macrilen on Friday, November 7. If management decides to pursue development of the drug, we anticipate at least a delay of three years, given the requirement for a new confirmatory clinical trial and a thorough QT prolongation study. If successful, the drug could be launched in 2018.” 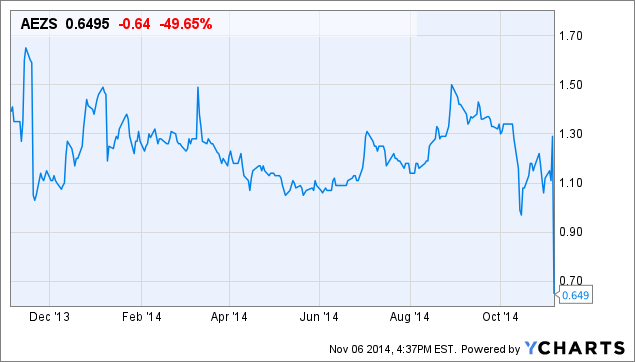