Cowen Heads to Sidelines on XOMA Corp as EYEGUARD-B Fails

In a research report released today, Cowen analyst Phil Nadeau downgraded shares of XOMA Corp (NASDAQ:XOMA) from an Outperform to a Market Perform rating, after the company announced that its monoclonal antibody gevokizumab has failed the Phase III EYEGUARD-B trial in patients with Behçet’s disease uveitis. The clinical trial failure sent shares down 77.13 percent as of 3:31 p.m. EDT today.

Nadeau observed, “Though several additional Ph. III trials continue to enroll, following today’s news our confidence in their success is low. While gevokizumab did produce some signs of clinical activity, the negative results call into question gevokizumab’s viability, in our opinion. With gevokizumab’s viability in question, the value of the rest of Xoma’s pipeline uncertain, and the company in need of funding, we are downgrading to Market Perform.”

Out of the 6 analysts polled by TipRanks, 4 rate Xoma stock a Buy, while 2 rate the stock a Hold. With a return potential of 906.6%, the stock’s consensus target price stands at $10.17. 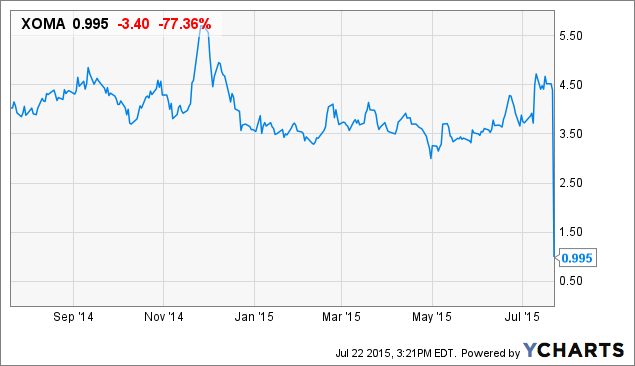