In a research report issued today, Axiom analyst Gordon Johnson upgraded shares of Cliffs Natural Resources (NYSE:CLF) to Hold from Sell, while his price target is unchanged at $9/share, which represents a slight upside potential from current levels.

Johnson noted, “While we certainly see further downside as possible, we see the risk/reward as balanced at today’s share price/valuation level; given the stock fell -52% at its trough set 10/10/14 from our last update 7/23/14 (where we strongly recommended being short) and has corrected roughly -60% since our initiation of coverage when the shares were trading at ~$25/shr, we take this opportunity to move to the sidelines pending C3Q14 results.” 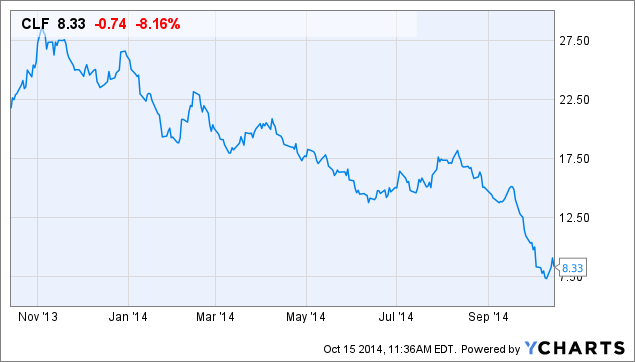