In a research report released today, Cantor analyst Caroline Corner downgraded shares of Organovo Holdings Inc (NYSE:ONVO) to Hold rating and reduced the price target to $3.50 (from $6.00), which implies an upside of 27% from current levels. The decreased rating and price target come after the 3D Bioprinting company released a lackluster fiscal first-quarter results after market close yesterday.

Corner explained, “Although we continue to think that the exVive3D Human Liver Tissue and the pipeline kidney product hold promise within the toxicology market, we are underwhelmed by sales progress to date. The company reported total revenues of $306K in the quarter, compared to FactSet consensus of $600K. Note that in June the company said that it had booked contract revenues of about $2M to date. Accordingly, we expected a bigger top line impact from previously booked revenues this quarter.”

Furthermore, “Given the lackluster liver sales performance exhibited to date, we are also tempering our kidney adoption rate to be more in line with liver performance. Note that we still expect kidney sales to ramp faster than liver, since there are fewer competitive options for kidney. Management also noted that the kidney tissue model will only address part of the kidney toxicology market, since, unlike with liver cells that are mostly homogenous throughout the organ, there are multiple kinds of cells found in a functioning human kidney. The company expects to add to the kidney portfolio. We now think the addressable market for the first kidney tissue will be smaller than we previously modeled.” 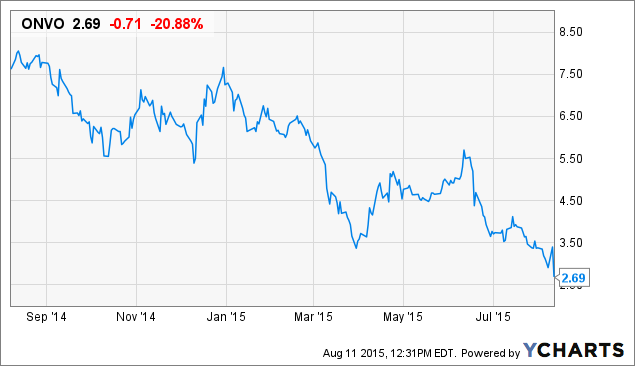