In a research report sent to investors today, Deutsche Bank analyst Sidney Ho upgraded shares of Applied Materials (NASDAQ:AMAT) from Hold to Buy rating and raised her price target to $30 (from $22), which implies an upside of 19% from current levels.

Ho said, “AMAT is an underappreciated technology leader, in our view. We expect AMAT to benefit from multiple technology inflections in the next two to three years, which could drive WFE spending to $36-37bn. The merger with TEL creates an entity with ~32% market share and enough scale to drive operating leverage.”

According to TipRanks.com, which measures analysts’ and bloggers’ success rate based on how their calls perform, analyst Sidney Ho has a total average return of 2.2% and a 58.3% success rate. Ho is ranked #1730 out of 3398 analysts. 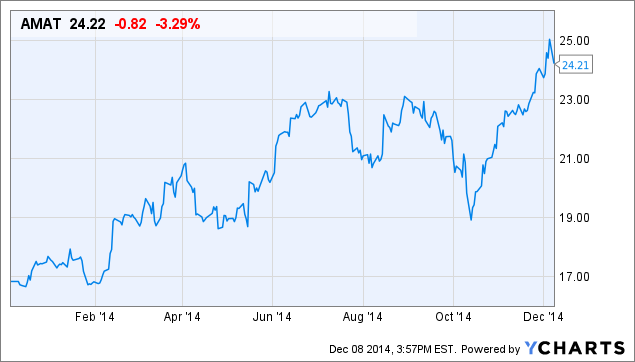