Schreiner wrote, “Following the second announced CERDEC subcontractor win shares of XGTI have traded higher by ~10%. We don’t believe the potential dollar value of the CERDEC contract is material to near-term XGTI revenues. In addition to the estimated limited contribution regarding CERDEC contract, we believe risks still remain relating to XGTI’s CY14 guidance (~$18-20m). Given lack of new contracts in key end markets (rural telco/public safety) we see potential for downside risk to our future year estimates. Execution risk remains a concern as the company has recognized minimal revenues from its prior backlog. We recommend investors remain on sidelines until execution concerns are addressed”. 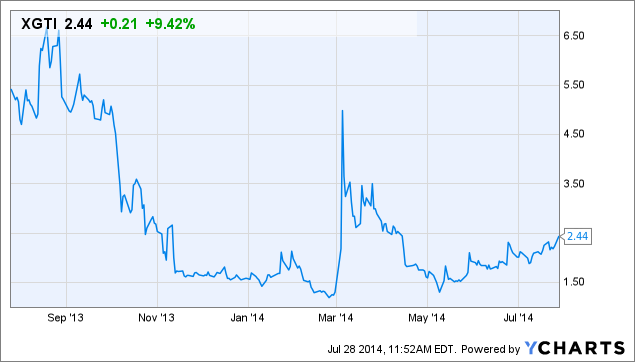